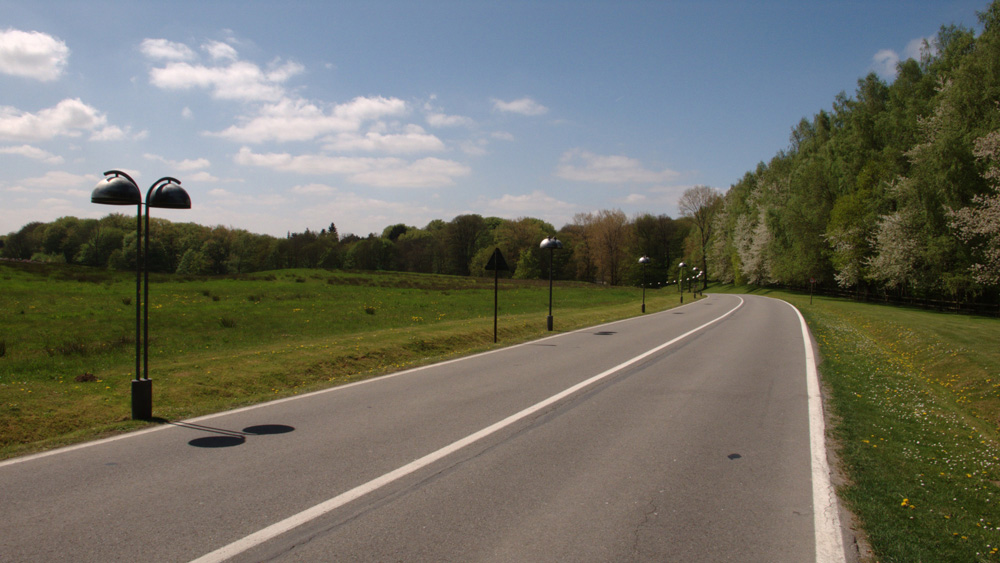 For the 23rd letter of its alphabet book, Moving_Image revisits and transposes Lewis Carroll's inverted world world of Lewis Carroll in "Alice in Wonderland", with 6 rare films and videos that question the logic and arbitrariness of our contemporary world.

Hans Richter : Ghosts Before Breakfast (Vormittagsspuk) | Experimental film, 16mm, black and white, 7', Germany, 1927 [silent] Clocks go haywire, hats become birds and fly away, objects take on their independence independence, water flows backwards and absurd fights break out between Magrittian characters. magrittian characters. Hans Richter's film is part of the Dada movement, in its desire for provocation and and humour. It leaves room for the disconcerting work of dreams, for associations of ideas, and dazzling images. Hans Richter is one of the most important figures of 20th century avant-garde cinema. A precursor of lyrical abstraction, he participated in the expressionist, dada and surrealist surrealist movements. He notably directed "Rhythmus 21" (1921), an abstract film of a radicalness comparable to Kasimir Malevich's White Square on a White Background, and "Dreams That Money Can Buy" (1944-1947) with Max Ernst, Fernand Léger, Man Ray, Marcel Duchamp and Alexander Calder.

Loic Vanderstichelen & Jean-Paul Jacquet : Every woman should have the tools to take control of her life | Fiction, hdv, colour, 20'05'', Belgium, 2014 [VO French] Loïc Vanderstichelen observes the improbable dialogues between 4 individuals during a company seminar seminar in the impersonal spaces of a narrow post-modern hotel. The language of gradually reveals its logical flaws, the facticity and absurdity of this micro-society.
Loïc Vanderstichelen lives and works in Brussels. He has been directing and producing films since 1995. He has co-directed several films with Simon Backès and Michel François. His film "Every Woman..." was was made in collaboration with Jean-Paul Jacquet. His work has been exhibited and screened at the MACBA Museum of Contemporary Art in Barcelona, the Pompidou Centre and the National Museum Reina Sofia National Museum.

Eduardo Williams : That I fall all the time? | Fiction, 16mm, colour, 15', Argentina/France, 2013 [VOSTFR] Eduardo Williams portrays a boy who lives a day like any other. There doesn't seem to be anything really nothing really special, but very strange and fantastic things happen around him. The continuity of the film is contradicted by sudden breaks in the continuity of spaces and actions. actions. The viewer is left in doubt as to what is actually happening.
Eduardo Williams lives and works between Buenos Aires and Paris. He studied at the Universidad del Cine in Buenos Aires and at the Fresnoy Studio National des Arts Contemporains. His films have been screened at the Rome International Film Festival, at the Cinéfondation, at the Centre Pompidou in the framework of the Rencontres Internationales. "Que je tombe tout le temps?" was selected for the Directors' Fortnight in 2013.

Bjørn Melhus : No Sunshine | Video, hi8, colour, 6'19'', Germany, 1997 [without dialogue] Two identical characters, a video clip aesthetic and mechanical communication against a background of pop music. pop music. These bodies float in a virtual space, connected to their subconscious bodies represented in the background.
Bjørn Melhus lives and works in Berlin. His work explores the possibility of a critical reception of film and television, through the use of fragments, the multiplication of characters and disguise. His work has been presented at the Centre Pompidou in Paris as part of the Rencontres Internationales, at MoMA and the Whitney Museum in New York, and at the Tate Modern in London.

Federico Solmi : Chinese Democracy and the last day on earth |Video, hdv, colour, 10'22'', Italy, 2012 Federico Solmi creates a satire of our contemporary society and the self-destructive nature of the human race. In contrast to its falsely naïve playful aesthetic, the video points to a world of hierarchy and human domination, controlled by arrogant and self-serving dictators, politicians and and corrupt businessmen.
Federico Solmi lives and works in New York. His work combines different media such as video, drawing, sculpture and drawing, sculpture and painting, and develops a satirical aesthetic to depict a critical vision of our society. of our society. His work has been exhibited at the Centre Pompidou and the Museo Nacional Reina Sofia and the Reina Sofia National Museum as part of the Rencontres Internationales, at the National Center for Contemporary Art in Moscow, the Center of Moving Images in Melbourne and the Palazzo Delle Arti in Naples.