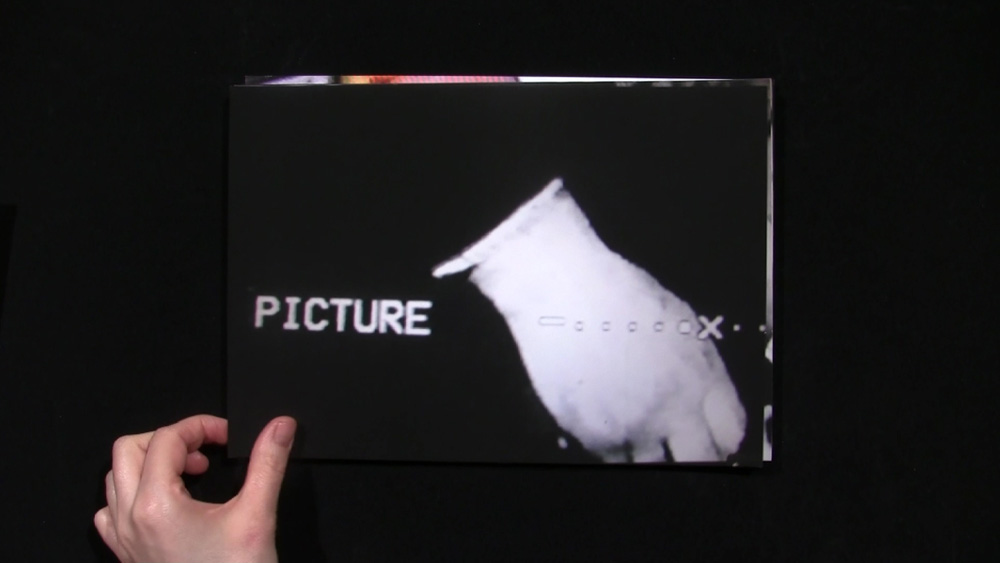 For the ninth letter of its primer, MOVING_IMAGE offers you films and videos questioning the image, its construction and its status. With the exceptional screening of "Stopover in Dubai" by Chris Marker, as well as works by Harun Farocki, Lina Selander, Jason Karaïndros, Karel DeCock and Nate Harrison.

Jason Karaïndros struggles with the camera lens, seeks to thwart the capture, and fights against the power of the image. against the power of the image. Harun Farocki observes the slow construction of an image of a nude woman for a charm magazine, from the bustle of the studio and the assistants to the fixation of our gaze as a voyeur the fixation of our gaze as voyeur-spectator-creator. Karel DeCock confronts the stories of three women with the icons and stereotypes conveyed by the media. Nate Harrison sends a letter to the acquisitions department of an advertising agency, in which he juxtaposes the with visual excerpts from the agency's catalogue, and questions the construction and and questions the construction and transformation of visual meaning in the highly fluid economy of the of the image. In "Stopover in Dubai", Chris Marker makes a minimalist gesture of juxtaposition and reappropriation, based on a video from the Dubai State Security Service, made up of CCTV archives showing the surveillance footage showing the assassins about to kill Mahmoud al-Mabhouh in his hotel room. room. Lina Selander's film begins in the deserted town of Pripyat, located in the area of the Chernobyl nuclear disaster. Hands slowly run through a pile of photographs. Then the chronology of still and moving images overlaps, the film questions the process of making the process of making moving images.