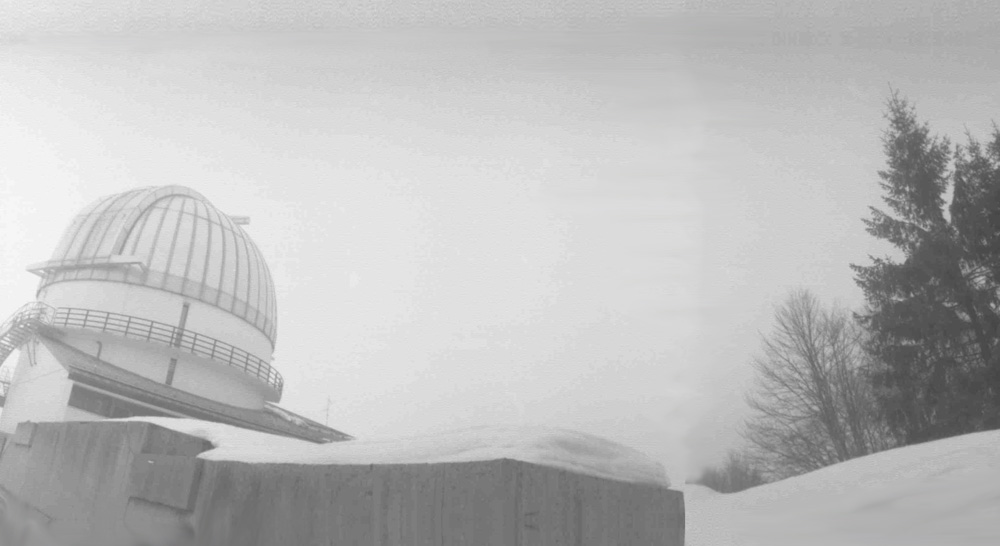 Psychic or material imprints indicate a singular time, a lived time. What are are moving images the trace of? For the 20th letter of its alphabet, MOVING_IMAGE questions the notions of temporality and history. T for trace. Similar to images of extinct animals and radioactive particles, similar to the narrative of a battlefield and the evidence of past evidence of past abuses, these traces set the real in motion and question us.

Ariane Michel : La cave | Video, colour, 13', France, 2009 [without dialogue] In a frozen cellar, a man works by the light of a lamp. He is patiently thawing a large block which contains the intact body of a mammoth.

Ariane Michel lives and works in Paris. Her video works are most often part of installation or performance installation or performance. Her work has been presented at the Jeu de Paume, the Musée d'Art Moderne de la Ville de Paris, MoMA in New York, FID Marseille, Locarno, Rotterdam and Vancouver Locarno, Rotterdam and Vancouver festivals.

The artist duo Benten Clay lives and works in Berlin. He is interested in the processes of limiting natural resources and the power mechanisms inherent in systems of control. His His work has been exhibited at the Brunswick Arts Centre in Melbourne and the Freies Museum in Berlin.

Jean-françois Neplaz, Elisa Zurlo : L'autre matin... En attendant Mario Rigoni Stern | Documentary, colour, 11', France/Italy, 2006 A hiker walks through the winter landscapes around Asiago, where everything evokes the experiences and the people described by the writer Mario Rigoni Stern. There, the monologue against the war of the man who began writing on the Russian front, "The Sergeant in the Snow", gives the wanderings its metaphorical metaphorical character.

Sarah Vanagt : Élevage de poussière | Documentary, colour, 47', Belgium, 2013 What is the value of images as objective evidence of a conflict? By placing his film within the the International Criminal Tribunal for the former Yugoslavia in The Hague, Sarah Vanagt looks at an important chapter in recent European an important chapter in recent European history. The film draws its material from the testimonies of from the testimonies of specialists as well as from the multitude of documents (photos and video images) from the trial of Radovan Karadzic, which is still ongoing. At the same time, the director adapts to the courtroom the the "revealing" process of rubbing: the movement of her hand and the imprints revealed by the pencil on paper The movement of her hand and the impressions revealed by the pencil on the paper reveal a landscape of details that were previously imperceptible. This exploration questions the facts, the material evidence of these facts, the images that represent them images that represent them, as well as the interpretation of them.

Sarah Vanagt lives and works in Brussels. She is a photographer and video maker and makes documentaries and video installations. Her work has been presented at the Viennale, the Rencontres Rencontres Internationales Paris/Berlin/Madrid, the Rotterdam International Film Festival, the Moscow Biennale Biennial in Moscow.