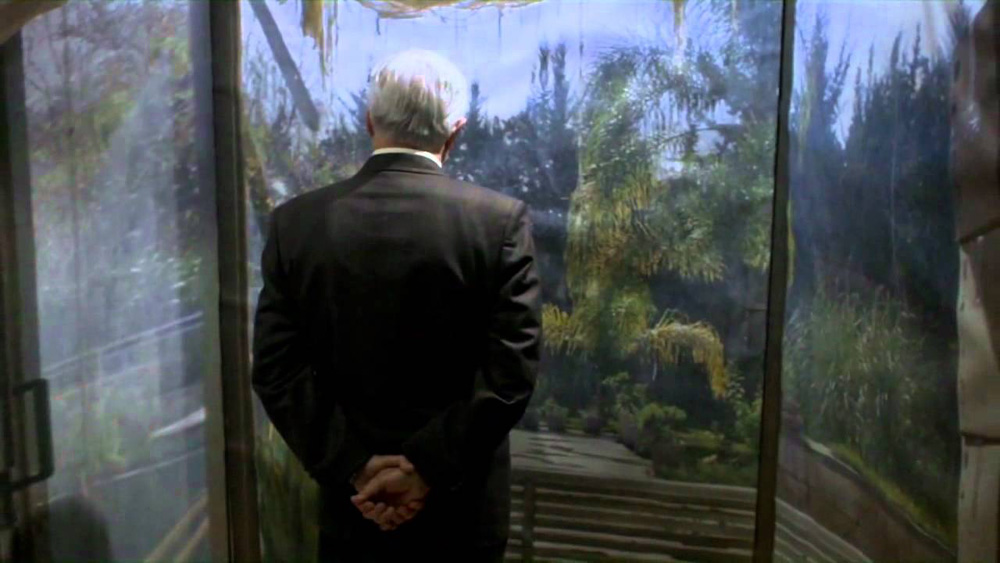 For the thirteenth letter of its alphabet, MOVING_IMAGE proposes to discover the look and the questioning of artists and artists and filmmakers around the notion of MANIPULATION. With the screening of 7 rare films and videos that question the extensible limit of our social beliefs, a a critical intersection between reality and fiction. With works by Daya Cahen, Gints Gabrans, Democracia, Caroline Campbell and Nina McGowan, François Bucher, Nicolas Provost, Neil Beloufa.

Daya Cahen : Birth of a Nation | Documentary, colour, 10'54'', Netherlands/Russia, 2010 Daya Cahen films girls aged 11 to 17 in a unique military school in Moscow who are learning to become learn to become ideal Russian patriots and women. Interrogating mass psychology and and indoctrination processes, she observes from a distance and superimposes different stages of the educational path. Hairdressing, cooking, ironing, marching and learning to use weapons.

Daya Cahen lives and works in Amsterdam, the Netherlands. A photographer and video artist, her work has been Museum of Modern Art in Moscow, the Photomuseum in The Hague, the Wiels Contemporary Art Contemporary Art Centre in Brussels and the Centre Pompidou.

Democracia : Don't let yourself be comforted | Video, colour, 17'04'', Spain/France, 2009 For this video, Democracia collaborated with the supporters of the Girondins de Bordeaux football team. Bordeaux football team. With the introduction of political phrases, via banners and promotional objects, in the completely unusual context of a working football stadium, this piece questions the logical structure of the show.

Democracia is a collective created by Pablo España and Iván López. Their projects reflect an interest in social interest in social scenes and everyday life, marked by the growing importance of images and the images and the notion of simulacra. Democracia has been exhibited at the Havana Biennial, the Taipei Biennial Taipei Biennial and the Istanbul Biennial.

Caroline Campbell, Nina Mcgowan : Loitering Theatre | Video, colour, 4'16'', Ireland, 2012 "Loitering Theatre" uses customised iPad-controlled drones to access and film inaccessible and invisible inaccessible and invisible locations in Dublin, home to the European headquarters of Google and headquarters of Google and Facebook. The video proposes a new form of urban observation made possible by the made possible by the democratisation of surveillance tools.

François Bucher : Regina Totori | Video, colour, 6'00'', Colombia/France, 2012 This video portrays Regina, a woman who possesses what she calls "clairvoyance". Her story indirectly reveals the attempts of a secret community that has become expert in to produce paradoxical evidence of the interlocking operation of hyper-dimensional fields.

Nicolas Provost : Stardust | Exp. fiction, colour, 20'00'', Belgium/USA, 2010 "Stardust" manipulates conversations from films and background music and reintroduces them into a filmed reality reintroduces them into a filmed reality, that of individuals evolving in their daily life in Las Vegas, manipulating the viewer into constructing stories and developing characters. characters.

Nicolas Provost lives and works in New York and Brussels. His work has been exhibited at Seattle Art Museum, the Musée d'art contemporain de Strasbourg, the Venice Film Festival, the Berlinale and at the Locarno Festival.

Neil Beloufa : Sans titre | Exp. fiction, colour, 15'00'', France, 2010 A cardboard set and photographs reconstitute a luxurious Californian-style villa in Algeria. Its inhabitants, neighbours and other protagonists project themselves into it to explain why and how it would have been occupied by terrorists to hide, even though, paradoxically, it is entirely glassed-in, it is entirely glazed.

Neil Beloufa lives and works in Paris. He studied at the Beaux-arts de Paris, Ensad and Fresnoy - National Studio of Contemporary Arts. His work has been exhibited at the Hammer Museum in Los Palais de Tokyo, the Lyon Biennale, the Centre Pompidou, the 55th Venice Biennale. Venice Biennale.