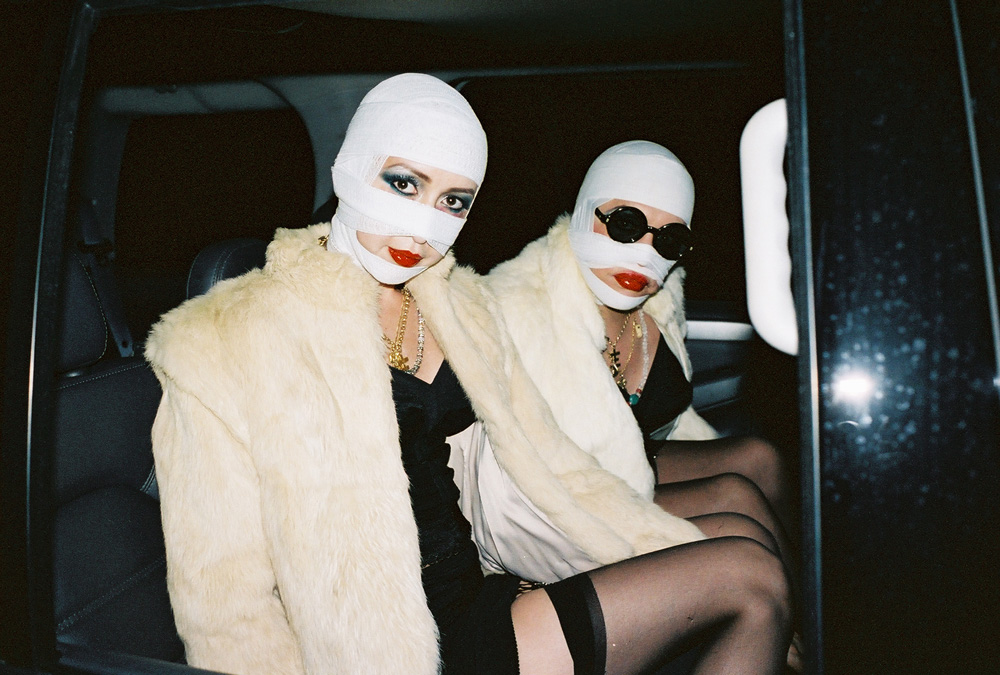 Marina Abramovic and Ulay stand naked at the entrance to a museum and face each other. To enter the exhibition the exhibition, visitors have to pass between them, thus confronting their nudity. Jakob Gautel creates a self-portrait from hundreds of photos in which he wears different clothes, from the from Adam's suit to a suit and tie, from an Indonesian sarong to a winter coat, from the most public to the most to the most private outfits. Ane Lan embodies both the painter and her model, questioning the representation of women and the male gaze in classical painting. Cabello/Carceller deconstruct the masculine ideal of the anti-hero, here played by a Filipino woman, and place him/her in the original in the original locations of Francis Ford Coppola's 1970 film 'Apocalypse Now', shot in the Philippines rather than Vietnam, examining the in the Philippines and not in Vietnam, thus examining the processes of identity in this post-colonial postcolonial period. Erik Moskowitz, Amanda Trager paint a whimsical portrait of an artist-couple, responding to an invitation to "describe the queer voice". Nicolas Jenkins films Genesis P-Orridge and partner Lady Jaye as they undergo plastic surgery to eliminate their physical differences. physical differences. Mariah Garnett adapts 3 scenes from a forbidden play by Fassbinder. A couple, the prostitute and her pimp, argue about money. The roles are played by the artist and his half-sister. Zackary Drucker posits beauty and fear as inseparable elements of inseparable from the American landscape. Contemplative moments are punctuated by fragments of fragments of stories of witch hunts, crimes and psychological violence. Juliette Bineau films a androgynous utopia, declining union and separation in the form of a diptych.