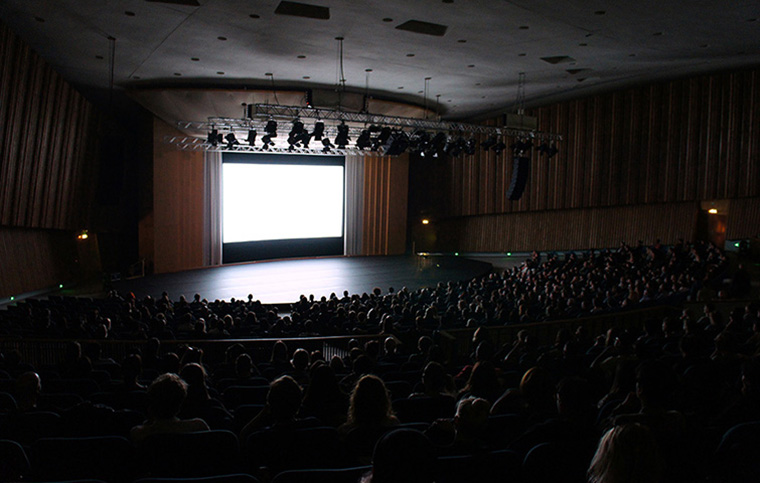 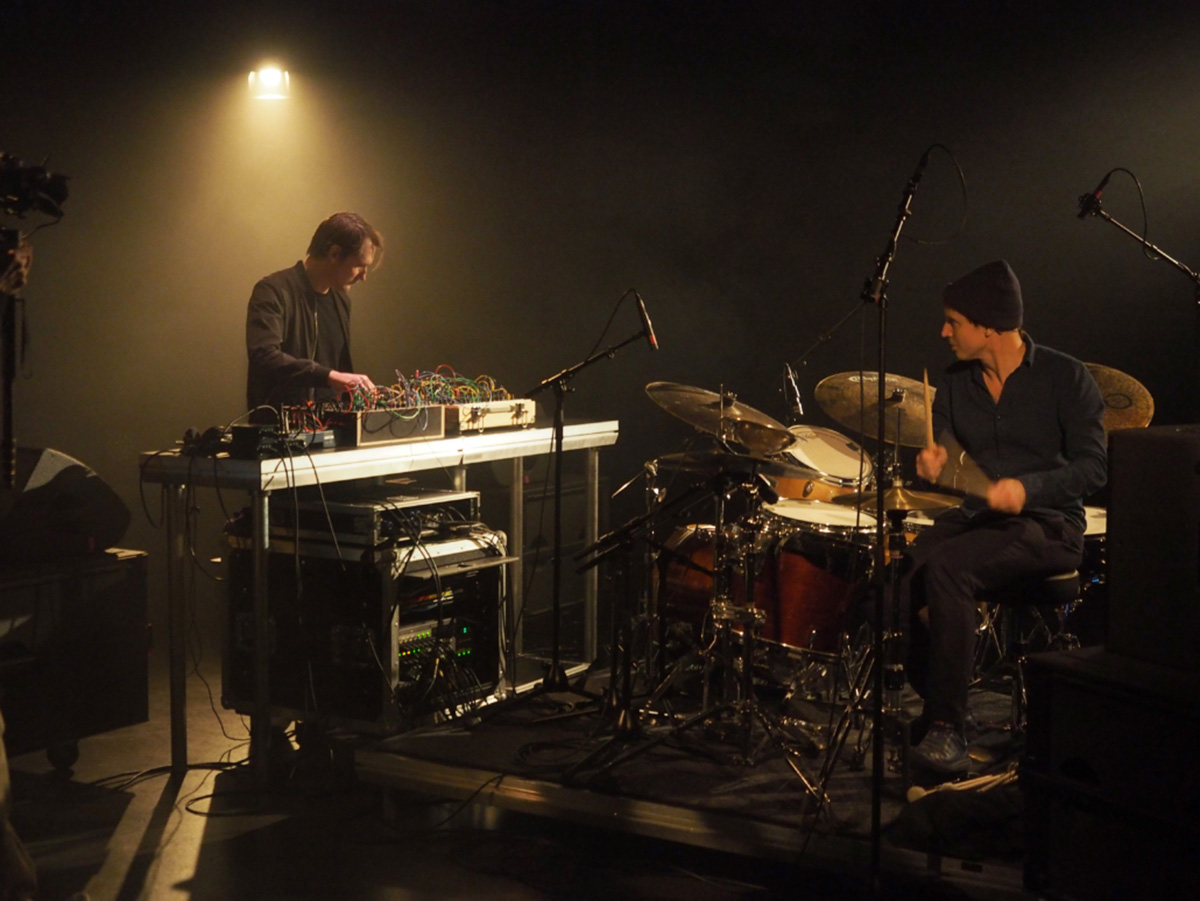 There he sits proudly on his motorbike, encompassed in majestic red and the dazzling admiration of the others. Round and round he goes, becoming more and more beautiful and exalted. For only he can explore the jungle. And no, he won’t hand over his motorbike, not even on loan. A playful re-enactment with reversed roles that takes aim at the hubris of the colonial conquerors.

The filmmaker and video artist was born in Mexico. He studied film at the Escuela Nacional de Artes Cinematográficas in Mexico City and at the Polish National Film School in ?ód?. He has made several short films and video works. He currently lives in Mexico where he is taking a doctorate in film theory while teaching film and making social documentaries. He is also developing his debut feature film.

Plague Under The Olive Tree

The film follows the journey of Alex, an Ultras member, in his hometown Sfax,Tunisia, while visually representing his inner thoughts, feelings, frustrations and ideas to showcase the impact and influence of the Ultras movement on the city's urban scene and culture.

Youssef Ksentini is a film director and a visual artist from Sfax, Tunisia. In 2009, he started experimenting with street art, design and music production with his underground local Ultras group before starting studying film directing and screenwriting. He got his master degree in Tunis in 2015, won 48HFP Tunis twice in 2014 and 2016 and was involved in other projects as a film director before leaving in 2018 to NYC, USA on an art visa where he spent two years there and wrote and directed two short films. In 2021 he moved to Paris, France to get a professional master degree in contemporary art market at IESA.

“… Junkyard explores the accumulated car wrecks as archeological remains for the future - a future that is undergirded by the consumptive cultures of petroleum, rare earth minerals and metals of which the car is emblematic. Paul Virilio’s argument about the relationship of technology and accidents is illuminating in this sense: "every time that a new technology has been invented,” he writes “a new energy harnessed, a new product made, one also invents a new negativity, a new accident.”[1] In this sense, the easy conclusion would say that the people who invented the car also invented the car accident. But what happens, when we think about not individual accidents but the industry as a whole as an extended scale of a systematic accident that leaves traces of wrecks as the memory of past archaeological periods, whether that pertains to chemicals, metals or residual traces of media of past automobile cultures? In other words, what if we think that the whole industry, with production, distribution, excavation and use, and what it has been doing to the earth’s “resources,” the organisation of labour and gender roles, an historical accident that undermines the viability of organised human existence? – the car industry as the accident of the fossil fuel culture” …

Felix Luque Sánchez (Oviedo, Spain, 1976) is an artist whose work explores how humans conceive their relationship with technology and provides spaces for reflection on current issues such as the development of artificial intelligence and automatism. Using electronic and digital systems of representation, as well as mechatronic sculptures, generative sound scores, live data feeds and algorithmic processes, he creates narratives in which fiction blends with reality, suggesting possible scenarios of a near future and confronting the viewer with her fears and expectations about what machines can do. Luque’s installations are configured as autonomous and uncontrollable systems in which each element plays a role in both their functional and visual design. The machines are thus conceived not only in terms of the processes they carry out, but also as objects of aesthetic contemplation. Each artwork is divided into different parts or sections, that can be read as chapters of the same narrative, constitutive elements of a system, or attempts at exploring a single subject. This fragmentation counters the apparent oneness of the piece and the seemingly perfect operation of the machine. Failure and vulnerability are present in the way that these devices are forced to maintain delicate balances, pursue nonsensical dialogues, generate incomplete renderings of reality, and finally express themselves by means of a sound score that results from their own activity and the physical processes involved in it. The artist consciously plays with the contradictory perception of technology as purely functional while at the same time imbued with a mysterious purpose, and the fear that machines may replace humans. Inspired by science fiction, he draws from its aesthetic and conceptual foundations the tools to elaborate speculative narrations and address the spectator using preconceptions about technology in popular culture. The outcome is a series of artworks that fascinate by their technical elegance and intriguing opacity, at the same time attracting and distancing themselves from the viewer.

Wild Filly Story is starring a pack of adolescent girls on a therapy horse stable in the outskirts of Amsterdam. The casts are regular visitors, who are simply there to ride, who are there for occupational therapy, or there as a temporary replacement from school. Playing out a fictional, yet custom-fit script that prompts questions of friendship, misfit, normativity, fetishization, and female empowerment. The young girls method-act through stages of agitation, thriving on the artist’s own rural childhood trauma in Sweden, a horsegirl´s obsessions, and her recent short-lived career as a porn film director: teens pulling hair, grand stallions being objectified, food fights, horse healing, and in the backyard of the barn a kissing scene is being made. A red thread through the film: a young girl’s horse is taken away to be slaughtered that the horse community later feast on. A ghost—an EMO teen, white-painted, unfitted, potentially dead—grimes her way through a hardcore song from the London underground “Drop Dead” with the gang of horse girls as her backing choir. Meanwhile, a cowgirl talking about a stallion having its balls cut off, giggling through her characterization of its masculine rage being tamed.

Josefin Arnell (1984) has recently presented exhibitions, screenings, and performances at Athens Biennale; Wiels, Brussels; UKS, Oslo; Van Abbemuseum, Eindhoven; Moscow International Biennale for Young Art; Auto Italia, London; Kunsthalle Münster; Beursschouwburg, Brussel. In 2018 she won the Theodora Niemeijer Prijs; a national art prize for emerging female artists living or working in the Netherlands. Arnell lives and works in Amsterdam Through combining modes of autobiographical and fictional storytelling, she explores representations of femininity, the aesthetics and politics of violence, and the way expressions of power and control manifest in group dynamics. The Teenage Girl, The Horse, and The Mother are recurring characters placed beside clumsy allegories of conflicted human conditions or environmental catastrophe. These characters have endless monologues rather than conversations while navigating contemporary infrastructures with impossible demands. She uses humor and absurdity as political devices, but also as important tools to access moments of emotional catharsis. Trashy performativity, camp aesthetics, the grotesque, and soap opera affects are set in combination of documentary, scripted, and improvisation methods. Additionally to her solo work she is involved in multiple collaborations and self initiatives. Most noticeably the artist duo: HellFun aka Josefin Arnell & Max Göran. HellFun prefers to be brave and pathetic rather than drowning in shame.

Equal parts systems literacy and kaleidoscopic ecological fantasia, “Pervading Animal” is a film about butterflies, computer viruses and all the things they touch. Tracing the creation, spread and destructive legacy of the first ransomware computer virus the film finds in its wake surprising connections between the US invasion of Panama, the aesthetics of pioneering computational art and the construction of a butterfly conservatory in New York. 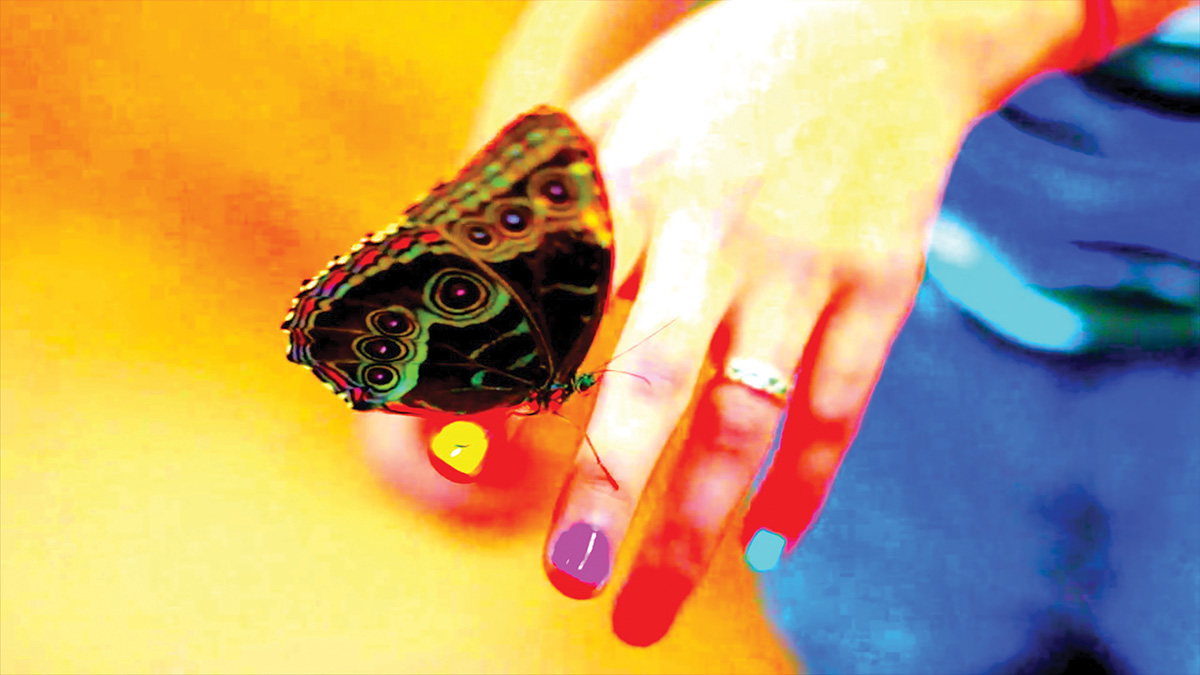