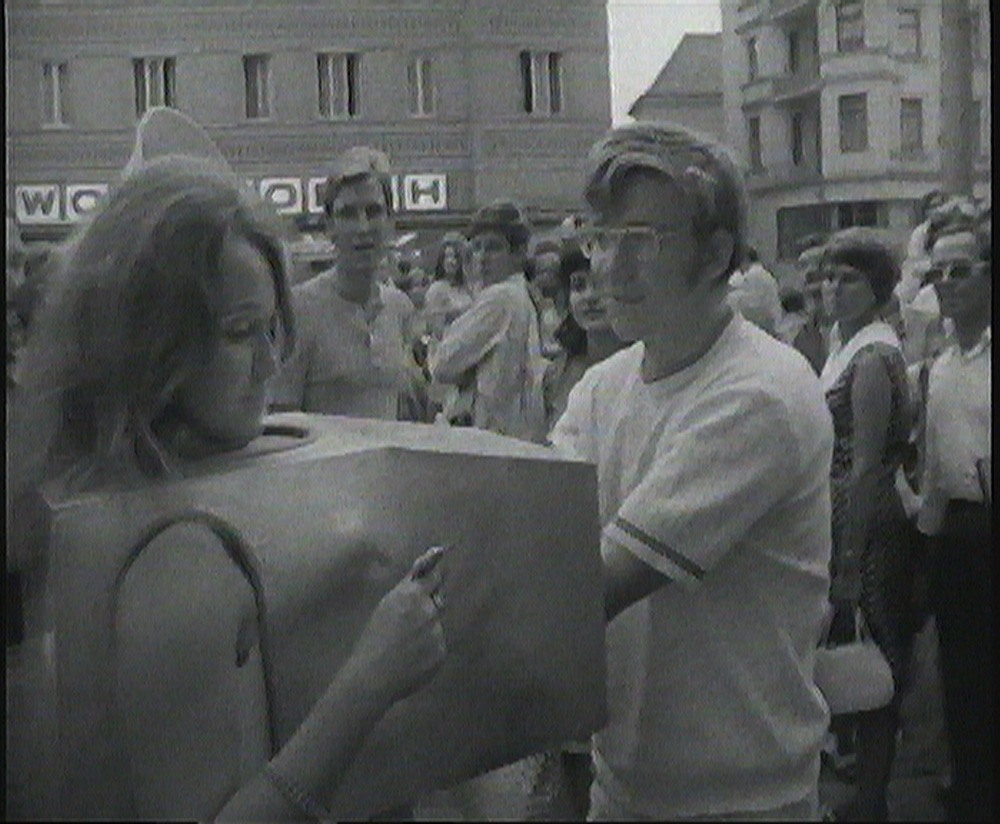 As usual, the film is “shown” in the dark. But the cinema has shrunk somewhat – only two hands fit inside it. To see (i.e. feel, touch) the film, the viewer (user) has to stretch his hands through the entrance to the cinema. At last, the curtain which formerly rose only for the eyes now rises for both hands. The tactile reception is the opposite of the deceit of voyeurism. For as long as the citizen is satisfied with the reproduced copy of sexual freedom, the state is spared the sexual revolution. “Tap and Touch Cinema” is an example of how re-interpretation can activate the public. (VALIE EXPORT) This outdoor action on Munich's Stachus square translates the concept of expanded cinema and the cinema's fairground roots into the “first immediate women’s film”, as the artist describes her “Tap and Touch Cinema”. “Public” accessibility – restricted to 30 seconds per person – is noisily proclaimed by Peter Weibel. A direct demonstration of cinema as a projection space for male fantasies, this still ironic transgression of the border between art and life is an early indication of VALIE EXPORT’s often risky, but always resolute, deployment of her own body in later works.