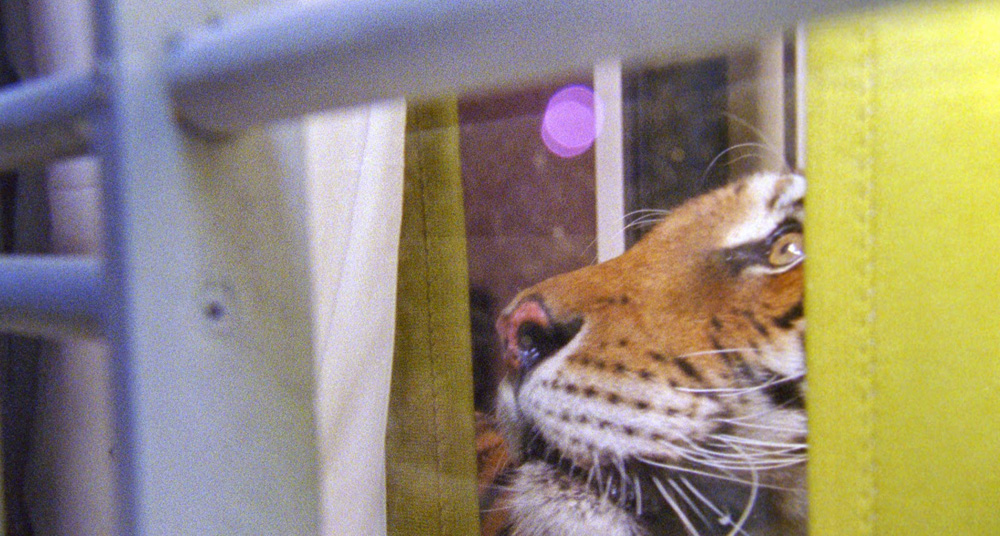 Ming of Harlem: Twenty One Storeys in the Air

Ming of Harlem: Twenty One Storeys in the Air is an only-in-New-York account of Ming, Al, and Antoine Yates, who cohabited in a high-rise social housing apartment at Drew-Hamilton complex in Harlem for several years until 2003, when news of their dwelling caused a public outcry and collective outpouring of disbelief. On the discovery that Ming was a 500-pound pound Tiger and Al a seven-foot alligator, their story took on an astonishing dimension. The film frames Yates’s recollections with a poetic study of Ming and Al, the predators’ presence combined with a text by philosopher Jean-Luc Nancy, reimagining the circumstances of the wild inside, animal names, strange territories, and human-animal relations.

Phillip Warnell is a filmmaker and academic based in London. He produces cinematic works exploring a range of philosophical ideas on human-animal relations and the poetics of bodily and life-world circumstances, where an interplay between film, politic and sensorium is played out. Augmented by interdisciplinary activities and partnership engagement, Warnell's recent output has involved an ongoing collaboration with philosopher and author Jean-Luc Nancy. His film work has screened internationally in festivals including: New York (NYFF, 2014); Vienna (Viennale, 2014); Marseille (FID, 2008, 09, 14); Amsterdam (IDFA, 2008, 14); Locarno (2012); Copenhagen (CPH-Dox, 2009, 14); Montreal (FNC, 2012, 14) and at curated screening programmes and exhibitions including Paris (Rencontres, 2008, 09, 12, 14); Sharjah Biennial (2013); Antwerp (Extra-City, 2014); Vienna (Fotogalerie, 2014); Tallinn (CCA, 2014). He has presented numerous performance-event works over an extended period, including at MACRO (Rome, 2004); ICA (London, 2006); Copenhagen (2009).